They are small sharks and when fully grown, they can reach up to two metres in length and weigh about 50kg. The teeth of the spotted gulley shark each have three points. In fact, this is where they get their binomial name from - Triakis (three-pointed) megalopterus (large-winged - a reference to their large dorsal fins compared to other sharks in their genus).

Its long fins make it both a very stable and very agile swimmer, and it is able to perform quick manoeuvres within centimetres of the seafloor, even in the surf zone. This agility gives this houndshark an evolutionary edge over many of its referred prey - usually animals such as small fish, octopuses and lobsters that rely on jets of speed to escape predators. This agility also helps the gully shark escape its main predator - the broadnose sevengill shark.

Those three-cusped teeth also allow the spotted gully shark to grip slippery prey, without being so fragile that they can also be used to crush shellfish and molluscs if needed. This allows the gully shark to resort to scavenging and grazing if needed - a common "backup" tactic of reef-dwelling predators.

Sidenote: What is a houndshark anyway?

Spotted gully sharks are slow-growing and long-lived, surviving up to 21 years. They also only reach maturity at around 14 years of age. Mothers give birth to 6 to 12 live pups, but have an exceptionally long gestation period of about two years.

Due to their slow growth, spotted gully sharks are particularly susceptible to fishing pressures. This risk is particularly high in False Bay, where large numbers of these sharks aggregate to mate. Spotted gully sharks are a non-commercial species in South Africa, but are unfortunately often confused (sometimes knowingly) with commercially caught shark species commercially caught in large quantities in South African waters, such as the soupfin and smoot houndsharks. 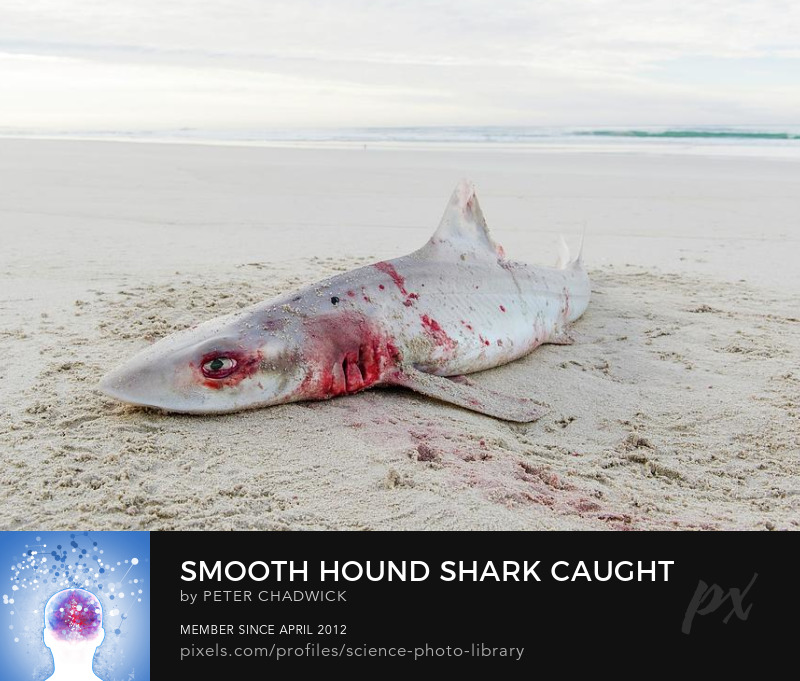 The fact that South Africa has a large-scale (and very controversial) shark fishery is likely a surprise to many people, as is the fact that these sharks are not being caught for "shark fin soup in China" but are served up in countries like Australia and the UK as fish and chips - often with names like "flake" or "gummy". While it is certainly true that sustainable fisheries for sharks might indeed be possible, we need to keep this industry in mind and keep it accountable for the sake of our marine biodiversity and heritage.

The spotted gully shark, together with its close relatives, is an important player in our marine diversity and our precious ocean ecosystems - and definitely a False Bay iconic species!

Be sure to visit the spotted gully sharks, big and small, in the Two Oceans Aquarium's Kelp Forest Exhibit and Cold Reef Exhibit.

It's Sharktober at the Two Oceans Aquarium!

How many types of shark live in South Africa's ocean? The list is longer and stranger than you may think

*Children under 14 must be accompanied by an adult.